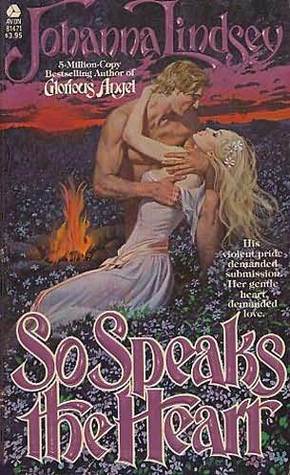 So Speaks the Heart

Born a wealthy French heiress but betrayed into bondage, Brigitte de Louroux swears she will never be any man's slave. Rugged and powerful Rowland of Montville sees only a beautiful enchantress in peasant's rags--a wench to serve his every need. Defenseless against his unbridled passions, Brigitte is forced to yield her innocence to the desires the warrior lord arouses in her heart. But her surrender will vanquish the handsome knight--awakening within him a love as mighty and relentless as his conquering sword.

Deserving of His Diamonds?

The Wolf and the Dove

So Speaks the Heart Reviews

Johanna Helen Howard was born on March 10, 1952 in Germany, where her father, Edwin Dennis Howard, a soldier in the U.S. Army was stationed. The family moved about a great deal when she was young. Her father always dreamed of retiring to Hawaii, and after he passed away in 1964 Johanna and her mother settled there to honor him.